Browse our selection of the best single-serve smoothie blenders and full-size pitcher blenders.

Browse our selection of the best single-serve smoothie blenders and full-size pitcher blenders. 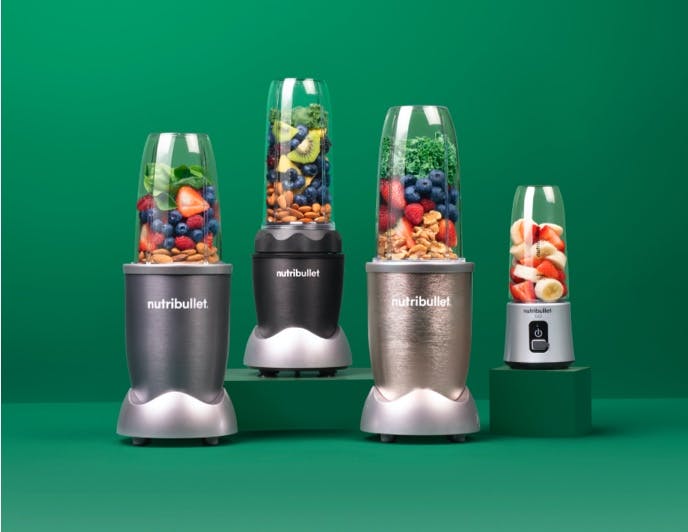 Small, compact blenders to blend smoothies, dips and more, one or two servings at a time. 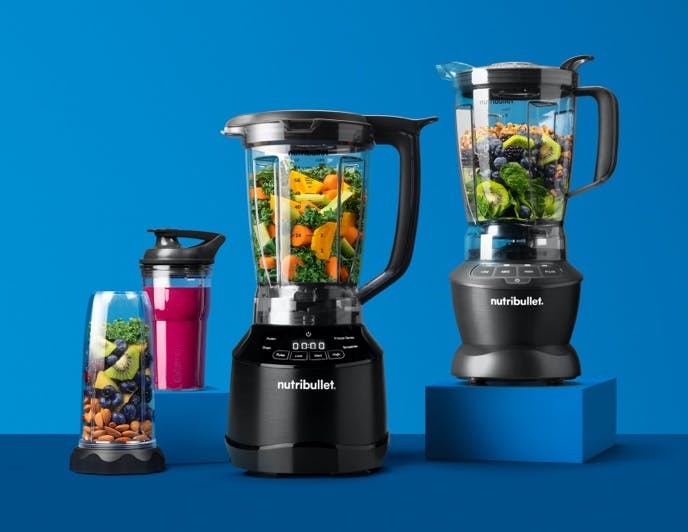 Choose our versatile and powerful Full-sized blenders for everything from soups to nut butters. 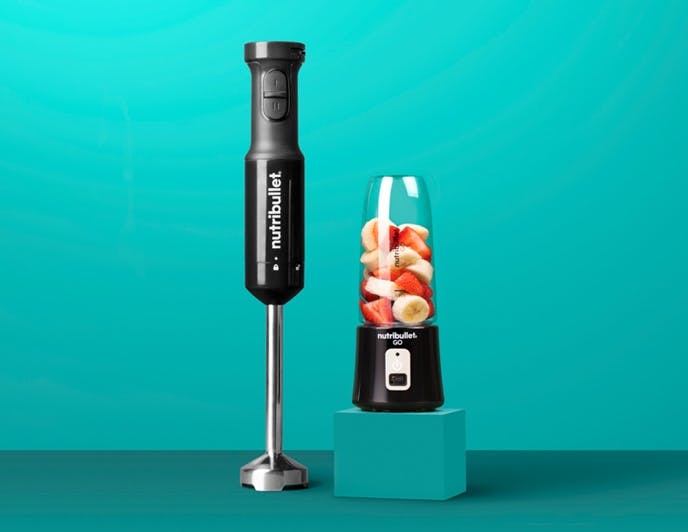 Take control of meal time and snack time with our compact and versatile specialty blenders. 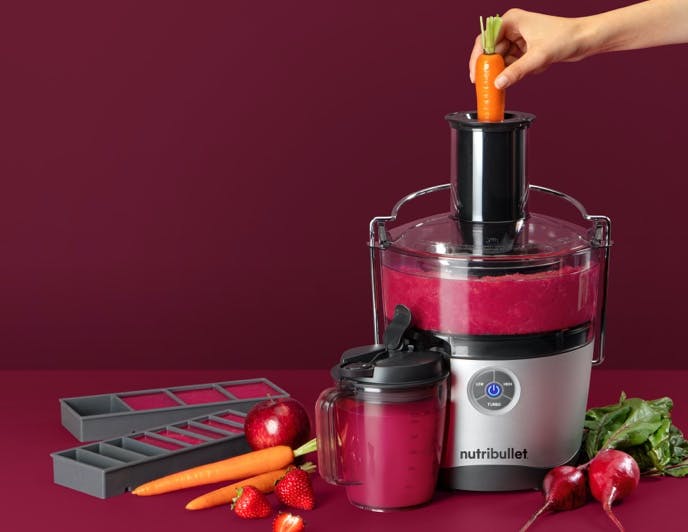 Our fruit and vegetable juicers are engineered to produce smooth, delicious juice every time. 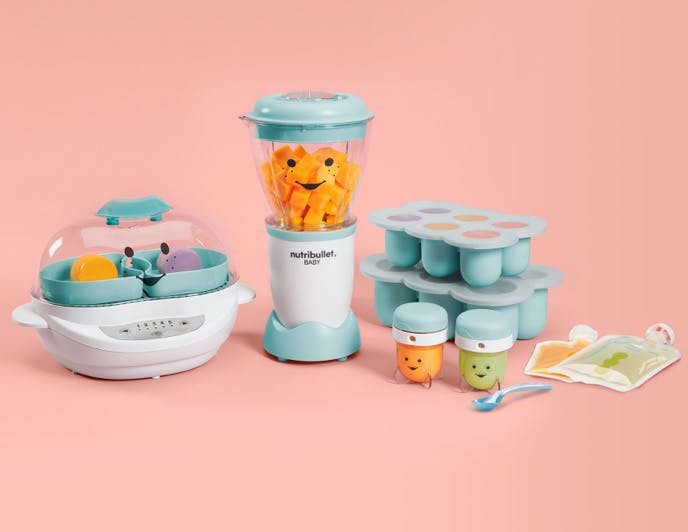 Prepare and store delicious and nutritous food for your baby with our NutriBullet Baby products. 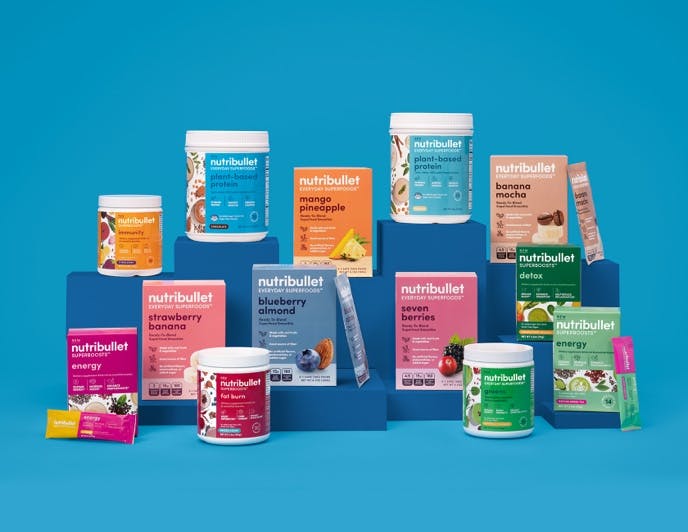 Boost your day with easy grab and go smoothies and boosts.

Scientists have long dreamed of the day when they would discover that single-agent within the human body that causes many of the illnesses that afflict and kill us. With such knowledge, we could transform the source of disease, restore the body’s biochemical balance and, thus, prevent heart disease, many cancers, diabetes, and obesity. We might even prevent serious degenerative brain disorders, such as Alzheimer’s and Parkinson’s, as well as conditions that afflict children, including attention deficit hyperactivity disorder (ADHD). Such knowledge could one day form the basis for effective treatments for these conditions.

The good news is that much of this is now within your personal control. That remarkable discovery may have already been made. Not only have we identified one of the underlying sources of many serious illnesses, we are also learning how to manipulate it successfully to prevent and treat many of the diseases just named. That singular, pivotal factor, central in many of today’s disorders, is insulin, the hormone produced by the pancreas that allows blood sugar to enter cells.

Most people know that insulin is directly involved in the development of diabetes, an illness that affects 30 million Americans and 415 million people globally, including an ever-growing number of children and young adults. One in two adults with diabetes is undiagnosed. However, the ill effects of insulin go far beyond diabetes. Insulin, scientists have found, is one of the body’s master chemicals, regulating an enormous number of other biological functions downstream.

When maintained at balanced levels, insulin ensures the steady flow of energy to your cells. It helps maintain healthy body weight, supports the health of your heart and circulatory system, and protects you from many common cancers. It also maintains your emotional health and the clarity of your mind and memory.

When it’s elevated and remains chronically high, insulin can act like a diabolical computer programmer, rewriting your cellular command codes and wreaking havoc throughout the body. Far from being just a catalyst for diabetes, elevated insulin plays a central role in virtually every major illness we face today, including obesity, heart disease, cancer, and Alzheimer’s disease. It may also have some role in mood imbalances and mental illness.

One of the most baffling mysteries of disease is how it arises. What conditions allow a tiny and dangerous flame within us to become a blazing threat to our lives? Is it true that the body, for no discernible reason, suddenly breaks down, malfunctions, and sets loose a disease process? Or is it possible that an array of poisons — many of which we control — combine to target a single weak link within us, a link that, when it breaks down, sets off a terrible chain reaction?

For millions of us today, that is precisely what happens. That vulnerable link within us may be due to pathways of insulin or other important hormones and chemicals.

Groups of researchers have studied insulin’s relationship to specific illnesses such as heart disease and cancer. Each of the groups focused on their own area of expertise. Only recently has insulin been confirmed as a possible common trigger in virtually all serious illnesses.

Insulin is a kind of computer programmer, determining where signals are sent within the human body. Depending on the skill of that programmer, we can experience good health, vitality, and efficient brain function, or we can suffer weight increases, internal chaos, and an endless variety of negative health states.

The growing awareness of insulin’s pivotal role in health is changing the way we treat disease and bringing forth a new model for health and illness.

Scientists now realize that the human body is the most elaborate and complex array of information highways.

Your body can be seen as a living, breathing supercomputer. The health of that supercomputer depends on its ability to send life-sustaining information from one cell to another. This is no different from sending a text or WhatsApp message. That same information must also be transferred to specific sites within cells so that cells function properly.

This simple hormone has such a widespread effect on health because every biological act requires energy. Cells need insulin for energy, which means insulin is involved in all human functions. The sheer ubiquity of the hormone gives it entry into virtually every nook and cranny, every cell, organ, and system of your body.

3 Tips to Managing Your Insulin

To a great extent, we can control our insulin levels by virtue of the kinds of foods we eat, the number of calories we consume, how much we exercise, and how well we cope with stress. By keeping your insulin levels balanced, you can lower your risk for a wide variety of diseases and optimize your health!

Dr. Linda Friedland is a medical doctor, media personality, best-selling author of seven books and sought-after international speaker. She is an authority on executive and corporate health, women’s wellbeing, as well as stress management, resilience, and performance.

With a professional career of more than 20 years in clinical medicine and over a decade of healthcare advisory and consulting, Dr Friedland is a leading authority on health and performance. She is an international advisor to many of Fortune and Forbes' top global companies, and she designs and implementshealth, lifestyle, and disease prevention programs. A highly-rated international speaker for numerous global organizationsand an author of several books, she has spoken in more than 30 countries in the past few years. She travels frequently to deliver keynotes and consult for corporations throughout Asia, North America, Europe, South Africa, and Australia. Linda consults on corporate health andwellbeing as well as women’s health, leadership and performance.

She is also advisory board member for several international healthcare companies including the Shanghai-based JUCCE (Joint US–China Collaboration on Clean Energy) and the China —A New Way to Eatinitiative: a project of the World Economic Forum.

Dr. Friedlandresides mostly in Australia and is married to Peter, a surgeon. She is a mother of five.